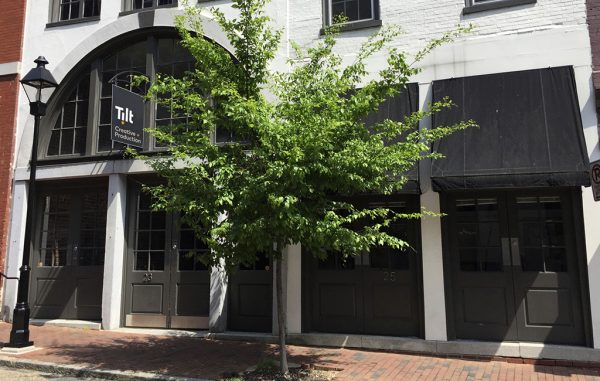 After seeing their volume of work for Walmart scaled back significantly late last year, a local digital content shop and veteran video production studio have decided to move forward by joining forces.

The combination brings 18 of Studio Squared’s 35 employees to Park Group’s Shockoe Slip headquarters and Boulevard production studio, which are being rebranded under the Tilt banner. The combined company totals nearly 40 employees.

Carey would not disclose other terms of the deal, which closed Feb. 1.

Carey said merger discussions started in October, when Trownsell approached him about combining after their shared client Walmart scaled back the amount of video content it was showing in its stores.

Studio Squared, which was created by Walmart and The Martin Agency specifically to produce video content for the retailer, was left with significantly less workload, though it maintained Walmart as a client, Carey said.

Having worked with Park Group on that content for nine years, Carey said combining was a logical next step.

“The collaboration between our team and the Park team is quite deep, and it’s gone on for quite some time,” Carey said. “With what we’ve already been doing with Walmart, in terms of this massive amount of content, we think this could be the right service for right now, because so many brands were looking for the ability to produce great content, but doing it at a large scale.”

Trownsell, who founded Park Group in an apartment 32 years ago with help from a group of investor-partners, said the merger likewise made sense for his company, which he had co-owned with Murphy since promoting her to president and minority partner two years ago. 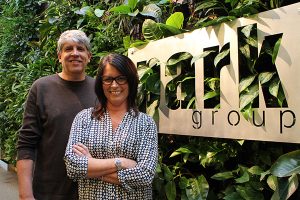 Trownsell and Murphy-Johnson have worked together for nearly two decades. (Jonathan Spiers)

“We were trying to add creative services, and they needed video production services,” Trownsell said of Studio Squared. “It was a direction we wanted to move in, because our industry has changed so much and we needed to offer more of a creative solution for clients.”

In addition to Walmart, the two companies worked together for Capital One and Ferguson Enterprises, which remain clients of Tilt. Park Group also brings to the mix its client relationship with automaker Audi.

Studio Squared has closed its office on the 17th floor of Two James Center, leasing for which is handled by Colliers’ Martin Blum. The agency shared the 15,000-square-foot space with Octagon, a sports marketing and representation business that has likewise moved to the Park Group building at 23 S. 13th St., now the headquarters for Tilt.

Carey, who was a senior vice president at The Martin Agency when he joined Studio Squared in 2014, said the Tilt name is meant to evoke putting a different twist on something or looking through a different lens.

“It was something that articulated the best of both companies, and leaning in and thinking a little bit different about something,” he said.

Other agencies and studios have also joined forces. Ndp recently acquired Free Agents Marketing, and sound studios Overcoast and Rainmaker Studios went in together on a satellite studio in New York.