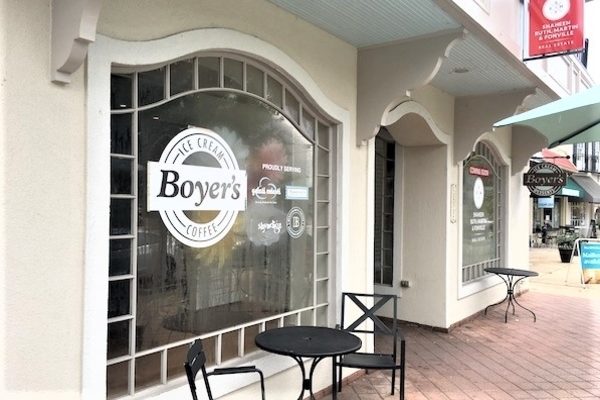 In a few weeks, Boyer’s will be shut down to be rebranded to a Gelati Celesti. (Mike Platania)

As its peak season draws to a close, a local ice cream maker has added to its holdings in the city.

Boyer’s will be converted into a Gelati Celesti location – the chain’s fifth outpost.

Steve Rosser, who owns Gelati Celesti with his wife Kim, said the deal closed Sept. 7. Terms were not disclosed.

Gelati Celesti already had been wholesaling its ice cream to Boyer’s, and Rosser said the Boyer family approached him and Kim with an offer to sell. 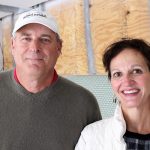 “We’d been involved with them since the beginning,” Rosser said. “They all had other careers and were operating the store in their spare time. It was something they were ready to move on from.”

The shop will be renovated and rebranded into a Gelati Celesti in a few weeks.

“We’ll have a one- or two-week shutdown to do a complete refresh of the interior. It’ll have a very similar look to our other locations,” Rosser said.

Boyer’s first opened on Patterson Avenue in 2008 before moving to the Libbie and Grove corridor in 2014.

The Libbie and Grove spot will join Gelati Celesti’s other outposts in Scott’s Addition, Short Pump, Bon Air and the West End. It also has a production facility on Dabney Road near Scott’s Addition.

Rosser said they’re also looking into locations in Virginia Beach, with hopes to open there next spring.

“We’re committed to growth but not out-of-control growth,” Rosser said. “The Scott’s Addition location was fully planned, and the production facility was crucial to our growth. Boyer’s wasn’t exactly planned but it was a good opportunity we couldn’t say no to.” 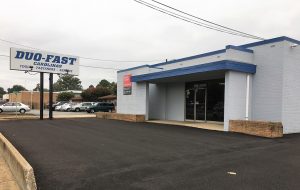 Chris Lange and Laura Manchester of LeClairRyan assisted Gelati Celesti in the acquisition.

Rosser said Gelati Celesti wholesales to about 35 vendors, mostly restaurants in the Richmond area, and that its retail shops account for about 90 percent of the company’s business.

Rosser’s new shop could end up with a new landlord soon, as the building Boyer’s is in was listed for sale this year for $2.9 million.

A few doors down, another sweets shop on Grove Avenue is preparing a move within the neighborhood. Pearl’s Cupcake Shoppe is preparing to move its bakery and retail shop from 5812 Grove Ave. to 5811 Patterson Ave.