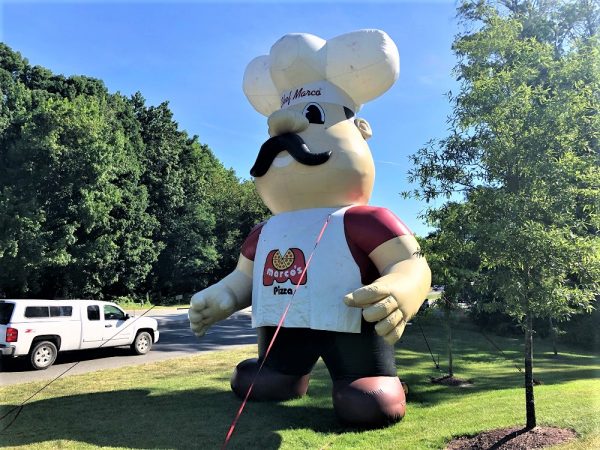 The Ohio-based chain operates more than 700 locations across the U.S. and Puerto Rico, with 20 eateries operational across Virginia. (Michael Schwartz)

A husband-and-wife team is closing out a Henrico retail center with the fourth outpost in their local pizza franchise.

Harry and Sara Ragsdale have opened Marco’s Pizza in Wilton Square at Reynolds Crossing I at 7000 Forest Ave., Suite 1000. The 1,500-square-foot restaurant is located between Chipotle and Saladworks. 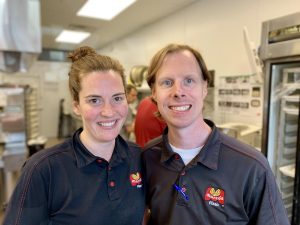 The Ragsdales invested about $400,000 to get the location operational. Midlothian-based Fas-Trac Commercial General Contractors completed the buildout.

“When you think of the demographics, and the local businesses and headquarters that surround this location, it fit into what we were looking for in a location,” Sara said. “It doesn’t get any better than this.”

A grand opening was set for June 24.

The location is take-out only. It also offers delivery to surrounding neighborhoods and nearby companies, such as Altria and Genworth.

The Ragdales own and operate four of the six Marco’s Pizza locations in metro Richmond, employing about 40 people at each store. The Ohio-based chain operates more than 700 locations across the U.S. and Puerto Rico, with 20 eateries operational across Virginia.

The pair established their first location about a year ago at 2284 John Rolfe Parkway in the Publix-anchored John Rolfe Commons shopping center in Henrico County. They also own and operate two locations in Chesterfield County at 13911 Midlothian Turnpike in the Charter Colony Shopping Center, and at 13918 Hull Street Road in the Woodlake area. 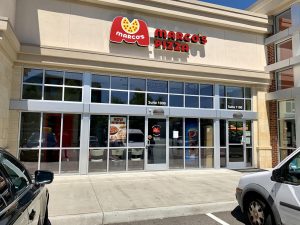 The Ragsdales have committed to open six new Marco’s Pizza locations in territory roughly west of Interstate 95 over the next five years, giving them dibs in an area ripe with development in the suburbs and redevelopment closer to Richmond.

But some challenges remain, Sara said.

“The hardest part has been finding retail centers that fit with what we look for in a location,” she said. “The area west of Chippenham (Parkway) and near (Route) 288 is exploding, but it seems like new, Class A retail inventory isn’t catching up.”

The couple is eyeing locations east of 288 near Powhatan, and near Glen Allen and the Staples Mill Road corridor. They said they also plan to ramp up their fundraising for nearby schools and community organizations.

“Between our three stores, we raised $10,000 for schools last year,” Sara said. “We plan to expand those efforts at this location as well.”

Marco’s Pizza fills out Wilton Square at Reynolds Crossing I, which The Wilton Cos. purchased from the Reynolds family in late 2015 for about $7.3 million. The nearly 19,000-square-foot center is anchored by several national stores such as Starbucks, Jersey Mike’s Subs and Brush Up Dental.

“The area west of Chippenham (Parkway) and near (Route) 288 is exploding, but it seems like new, Class A retail inventory isn’t catching up.” That is a strange statement????? 1) it is 12 miles between those two road at their nearest point and they don’t intersect??? 2) There are plenty of vacant (and relatively new) class A recently closed pizza places in that area. Bertucci’s, Pie Five, Ledo’s, Grimaldi’s, and Matchbox were all in their territory and have all closed over the last 12 months. Let’s not forget the Pie Five at Willow Lawn and Extreme at VCU closed recently… Read more »

What in the heck are you talking about “Class A” corporate pizza joints. I’m hoping the people in that area are learning and going to local joints. Doubt it though…

Talking about all the Class A retail spaces now vacant that housed all the closed pizza places I mentioned. The quote in the article makes one think we have a shortfall of class A retail. We don’t and in fact we have some ready to move in class A retail that has pizza ovens in them. And yes support local places!