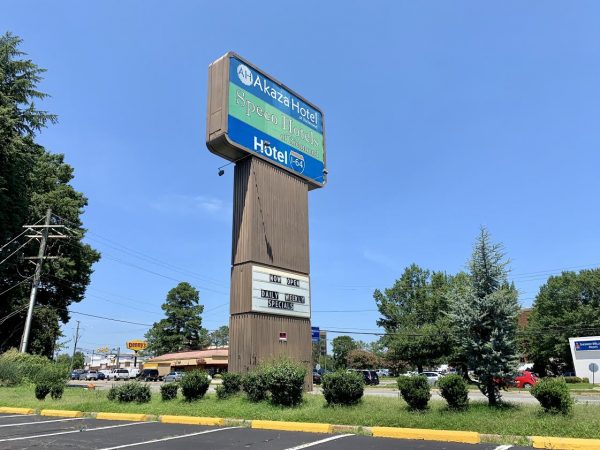 The former Akaza Hotel property at 6531 W. Broad St. in Henrico was purchased for $4.6 million by the KM Hotels. (Photos by J. Elias O’Neal)

A busy local hotelier has added another project to its plate, this time by buying a property on West Broad Street that has seen several hotel flags come and go over the years.

Henrico-based KM Hotels last month purchased the former Akaza Hotel property at 6531 W. Broad St. for $4.6 million, according to county property records. It sits on 6.7 acres and most recently was assessed by the county for $3.8 million.

Upon acquiring the 162,000-square-foot structure, Mayur Patel, KM Hotels’ president and chief operating officer, said the company decided to close the 300-room hotel as it moves forward with plans to completely overhaul the site.

“The site will look nothing like it does now,” Patel said. “It’ll be a great addition for the county and that stretch of West Broad Street.”

Preliminary plans call for the long, five-story portion of the building, which houses several conference rooms and a 385-seat restaurant and lounge first constructed in 1974 to be abated and razed, Patel said. 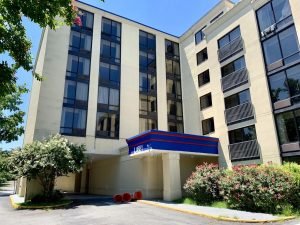 The seven-story portion of the hotel will remain and be converted into a 100-room La Quinta Inn & Suites hotel.

An adjoining seven-story building added in the early 1980s near the rear of the building is set to be redeveloped and turned into a 100-room La Quinta Inn & Suites Hotel.

Once the five-story building is razed, Patel said it would become a pad site for a future hotel, although he would not disclose the hotel flag KM is courting for the site. A 50,000-square-foot office building also is planned for the property.

“It’s a long narrow site off of West Broad with a lot of surface parking, which makes it great for redevelopment,” Patel said.

Patel said KM is working with the county’s planning division on the layout and scope of the project.

While Patel could not disclose an investment estimate for the pending development, he said Chesterfield-based general contractor North South Construction Inc. is slated to launch abatement and demo work on the hotel site immediately. 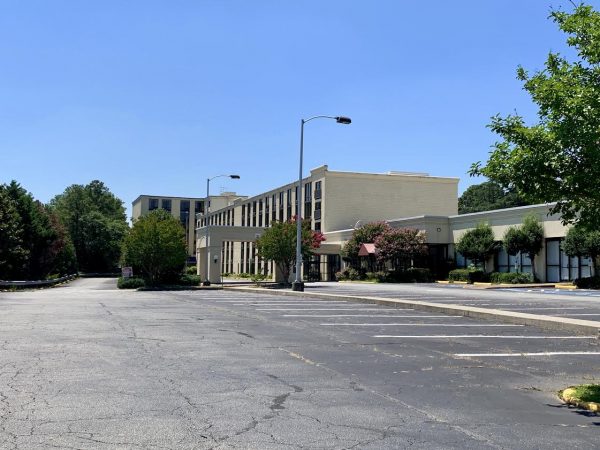 The 6.7-acre site is slated for a redevelopment, which will include two hotels and a 50,000-square-foot office building.

The hotel property, which in its prime was one of the largest hotel and conference properties in the region, has undergone several flag changes over the decades, including Holiday Inn and Crowne Plaza.

After losing the Magnuson Grand Hotel flag, the company rebranded the property Akaza Hotel in 2017. But as newer hotels began encroaching on the vicinity, Akaza struggled to keep up with its competitors. 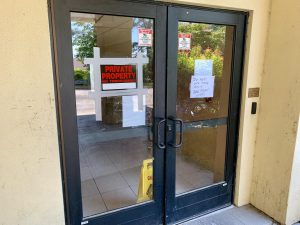 Akaza Hotel was closed June 19 for business as redevelopment plans for the site loom.

“It presented us with an opportunity to do something different with the property once we were able to purchase the site,” Patel said. “It’s a great site and sits in an area that’s seeing increased interest and development.”

The section of West Broad between Glenside Drive and Horsepen Road is rapidly changing, with the promise of more retail and office development to come.

Less than half a mile away, the Virginia Employment Commission has signed a lease for 79,000 square feet at the recently renamed Brookfield Place at 6606 W. Broad St. It will join Southern States, which sold the building to Thalhimer Realty Partners last fall and will occupy about 87,000 square feet in the building.

The company has been busy in metro Richmond, most recently announcing plans to construct the state’s first AC Hotel by Marriott on part of a nearly 2-acre site at 1300 E. Byrd St., along the south side of the Kanawha Canal.

Plans call for the eight-story, 150-room hotel to rise next door to the Lady Byrd Hat Factory building and across Virginia Street from the Vistas on the James condominium building.

The company is also underway on construction of its new Tru by Hilton hotel in Ashland. Its 119-bed Residence Inn is nearing completion on the former Skilligalee restaurant site at 5416 Glenside Drive, and it is remodeling the Holiday Inn Express at 2000 Staples Mill Road. It also recently converted the remaining Red Carpet Inn, which sits next door to the future Tru by Hilton in Ashland, into a Red Roof Inn.

The redevelopment of this site is great for the continued improvement of the neighborhood. I’m confident it will be another tremendous project by KM Hotels. La Quinta, a rising brand since purchased by Wyndham, is a good fit. Kudos to Mayur and his team!

That place seemed cursed, it had some unfortunate events occur, good to see it getting refreshed

Great site, still surrounded by an abundance of diverse demand generators. For sure, the bricks & mortar need a little TLC and $. I wish Mayur and KM great success with this project!

I’m not trying to be snarky, but I think the actual adjective you were looking for was “gentrifiers” not “diversity”.