More than 2,000 homes across three development proposals are in the works by different firms for some of the last remaining buildable acreage left in Short Pump.

Eagle Construction of VA is planning a 1,600-home development with a mixed-use commercial component for 183 acres along the north side of Interstate 64, between Gayton and the Goochland County line.

On the other side of the interstate, Edward Rose & Sons is proposing up to 325 apartments on 17 acres along Gayton. And south of that, Rebkee is behind a plan for 94 condos and up to 75,000 square feet of retail space on 12 acres fronting Broad Street, between Gayton and the West Broad Marketplace shopping center.

All three projects are on the agenda for the next Henrico County Planning Commission meeting Oct. 14. Public hearings are to be held prior to votes, and the commission’s recommendations would then go to the Board of Supervisors for a final decision at a later date.

North of the interstate 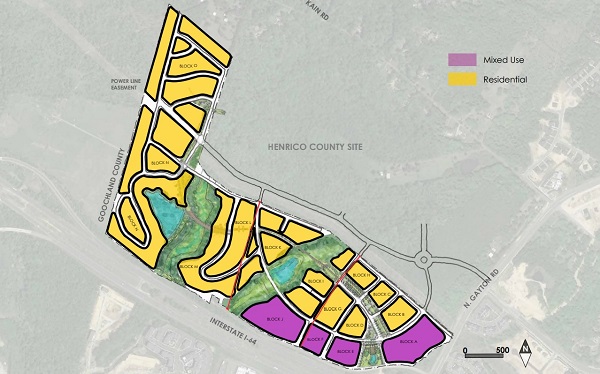 Spanning 183 acres, Avenlea would be a mix of residential neighborhoods and a mixed-use and commercial district, along with greenspace and trails. (Images courtesy Eagle Construction of VA)

Eagle Construction is more than a year into planning its development, called Avenlea, which would fill about three-fourths of the 183 acres along the north side of the interstate with up to 1,600 homes, including houses, townhomes, condos and apartments.

The development also would include a minimum of 150,000 square feet of commercial space, with plans for a corporate campus and a mixed-use district comparable to the company’s nearby GreenGate development.

Eagle President Josh Goldschmidt said the project is inspired by communities they toured in the Atlanta area, primarily Serenbe, a neighborhood defined by a mix of housing types and sizes, as well as an interaction and integration with natural surroundings – an approach known in the industry as “biophilia.”

“This is the last really large undeveloped site in western Henrico, so our desire to do all this is to do something really great,” Goldschmidt said. 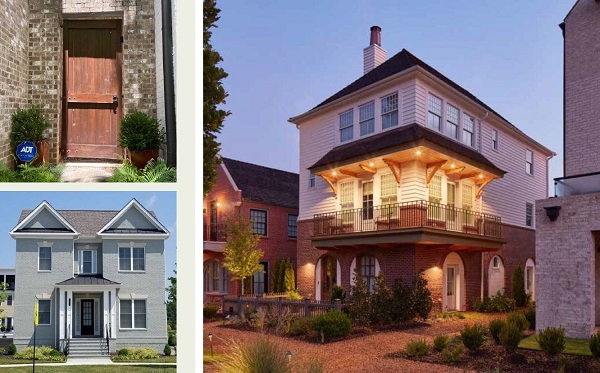 The residential neighborhoods would feature a variety of housing styles and designs.

The bulk of the property would be filled with residential neighborhoods, each designed to be distinct from the others, while the southeast end at Gayton and 64 would form the commercial district.

A network of sidewalks and trails would connect the community, highlighted with a paseo – a street-like walkway for strolling and biking that would run the length of the site, complete with hardscape plazas, gathering areas and green space.

The property also would be designed to have connections with an adjacent, county-owned tract that Henrico has set aside for future public facilities, including potentially a school or park. The county purchased the 205-acre tract along Kain Road in 2008 for $24.4 million.

Goldschmidt said the corporate campus in particular would be coordinated around an anticipated interchange at Gayton and 64. The county has long-sought an interchange there, and plans floated by the Virginia Department of Transportation have included a so-called “diverging diamond” design, in which travel lanes temporarily cross sides in a manner meant to facilitate traffic flow.

Goldschmidt said the timing of the interchange and the scope of the whole development would make Avenlea a 10-year project at the least. Ricky Core, president of parent company Markel | Eagle, said the timeline and overall cost of the development would be dictated by the market over the course of the project.

“What we’ve created is a flexible pattern book that allow us to see what the market brings to us,” Core said. 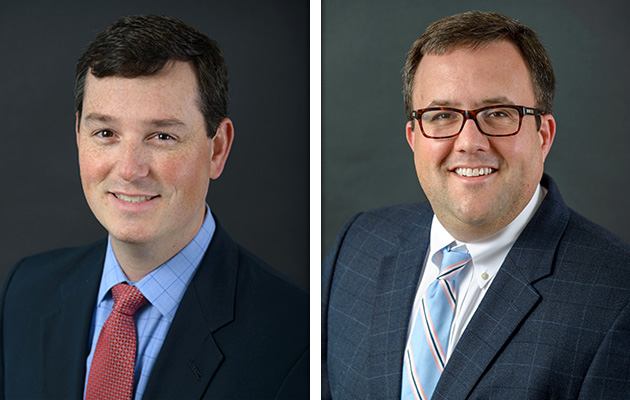 That pattern book, along with development proffers and other guidelines included with its proposal, is posted on an Avenlea-named website Eagle created to present the project to the public. County planners also are processing the documents, which are to be posted and linked to the Planning Commission agenda before the Oct. 14 meeting.

Eagle has filed requests for a rezoning and provisional-use permit, the latter of which would allow particular uses including an assembly hall, hospital and coliseum or stadium. Nathalie Croft, Eagle’s land planning director, said those uses are not being proposed but rather refer to allowable building heights and density that would be allowable in different areas of the site.

Goldschmidt said the residential sections would be designed by different teams to ensure a variety of home styles and neighborhood character. Of a maximum of 1,600 dwelling units that would be allowed, 540 of those would be apartments, with the rest a mix of townhomes, condos and single-family homes. 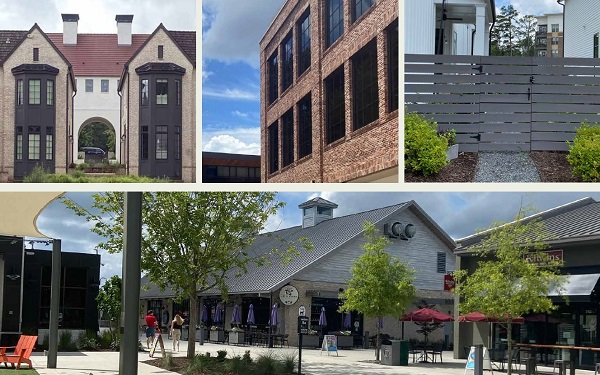 Sample elevations of the mixed-use and commercial buildings envisioned for Avenlea.

Eagle owns one of the six parcels that make up the site, the rest of which is owned by two families. Eagle purchased its 40-acre parcel at 12600 Bacova Drive in 2017 for $4.12 million, after a previous proposal for 209 townhomes and 8 acres of office space was withdrawn by Henrico-based Duke Development.

Core said Eagle was then approached by the previous owners to buy the site, and it soon after engaged the neighboring property owners, which he said are actively involved with Eagle leading the project.

An entity called ME Taylor LLC bought the 44-acre parcel at 12700 Bacova Drive in 2019 for $4.5 million from Annabelle Johnson Taylor, property records show. The rest of the acreage is in the name of Triple J Farms LLC, which has owned its portion since 2014, when ownership was transferred from the Harry Grandis estate.

The six parcels were most recently assessed by Henrico at $17.66 million collectively.

Townes Site Engineering is the civil engineer on Avenlea. Hirschler attorney Jim Theobald is representing Eagle in its requests.

Avenlea would be the biggest development yet for Eagle, whose projects have included West Broad Village and the 55-and-up CrossRidge community in Glen Allen. In addition to GreenGate, it’s also active on Readers Branch, a 308-home development in Goochland County. Eagle last year relocated its headquarters from West Broad Village to the Canterbury Shopping Center on Patterson Avenue.

South of the interstate 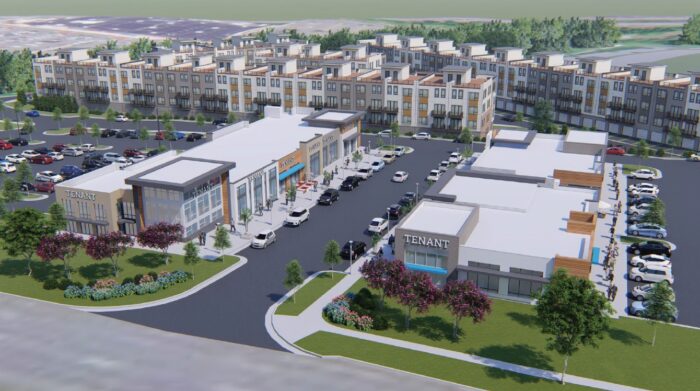 Across the interstate from the Avenlea site, Midwest-based developer Edward Rose & Sons is seeking zoning approval for up to 325 apartments on seven parcels and part of another totaling 17 acres between Gayton Road and West Broad Marketplace. Hirschler’s Jeff Geiger is representing the company and did not return a call seeking comment.

No stranger to the region, Edward Rose & Sons was behind the 347-unit Luxe 360 at CenterPointe in Chesterfield County. It also developed the Enclave Apartments in Midlothian, the Trophy Club at Bellgrade apartments and The Vinings Apartments near Iron Bridge Road.

The Gayton Road site includes residential properties with different ownerships and are assessed at $2.52 million combined. In 2019, three of the parcels were purchased by Grove & Libbie Service Co. LLC, and entity tied to Villani Real Estate, for a total of $1.6 million.

South of that site, Richmond-based Rebkee is signed on for a mix of condos and retail at 12120 W. Broad St., marketed in recent years as the last available development site with Broad Street frontage in Short Pump. Its latest proposal calls for 94 condos and between 40,000 and 75,000 square feet of commercial space on the 12-acre site. 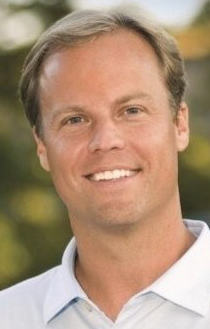 Rebkee is working with the property owner, SKM LLC, which is seeking a rezoning with Roth Jackson attorney Andy Condlin representing it in the process. Condlin is the registered agent for the LLC, which lists an Atlanta address as its principal office.

Rebkee principal Dan Hargett said the project, called West Village, remains in a preliminary stage and subject to change based on feedback from the county. He said the company is in negotiations with several national retailers for the commercial space, which would front Broad with the condos behind.

“There’s no doubt that the intersection of Broad and Gayton is set up to be a great location, with the interchange that’s going to happen there,” Hargett said.

Also on the packed agenda for the commission’s meeting next week is KM Hotels’ latest plan for the former Akaza Hotel property at 6531 W. Broad St., where the hotelier is now planning 250 apartments, a parking garage and new commercial building fronting Broad Street.

The commission also is set to revisit Lingerfelt Development’s proposal to add nearly 1,400 apartments and structured parking across five office building properties it owns in Innsbrook. The cases have been deferred multiple times, most recently last month, to give the developer time to address issues related to mixture of uses, appearance and impacts on public infrastructure and services.

For information about our Avenlea rezoning

Thanks to Josh and your able team for your time in having Shaheen Ruth Martin and Fonville Real Estate at your design center on Tuesday. It is exciting to see Eagle’s growth while meeting the buyers’ wants and needs!
Continued success!! Sallie Rhett, Realtor

Welcome back to Jim Theobald who I thought had retired from law to strum his electric bass and grow grapes in the mountains. What a fitting cap on his career to usher across such an aggressive land use proposal for what remains of western Henrico. This appears to be a terrific plan by Eagle. Edward R. Rose stands out among apartment builders nationally because they’ve never sold even one of their communities over the last 50 years and each and everyone of them remains an excellent place to live.

I hope that the Henrico Planning Department, and the developers, have taken into account that the Eagle (1600 units) and Rebkee developments will eliminate a great deal of the existing green space that absorbs water runoff. There is a definite need for permeable areas to mitigate the asphalt and concrete roads, sidewalks ,and driveways as well as the buildings.

On a smaller scale a good example of this is the permeable area that Ashland incorporated with its new Town Hall.

Would someone PLEASE develop some single floor condos near this area!