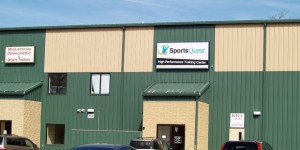 The bankrupt former sports business SportsQuest, which was once billed as an Olympics-caliber training facility, must pay almost $1 million to former members who joined the Chesterfield club to work out.

The Virginia Attorney General’s Office said Friday that it had reached a settlement with SportsQuest LLC for its alleged violations of a state law that governs the sale of memberships to athletic facilities.

According to the Attorney General’s release, judgments for a total of $946,000 have been entered against SportsQuest LLC, along with $50,000 in civil penalties. That money, if collected, would go toward paying restitution to customers who purchased memberships from SportsQuest.

But given that the LLC is in the midst of a Chapter 7 bankruptcy liquidation, it’s unlikely there will be any checks coming just yet. The settlement must also be approved by Chesterfield Circuit Court.

According to the case, the company sold memberships and accepted hundreds of thousands of dollars from customers for a fitness facility on Genito Road in Midlothian that was never built. It also then failed to refund money to customers in a timely fashion when it was kicked out of a makeshift fitness center on Oak Lake Boulevard.

SportsQuest was plagued by delays from the start and collapsed when there was no money to pay staff.

The 12-field complex developed by SportsQuest is now called River City Sportsplex. Turf company Shaw Sportexe foreclosed on the property in May.

Attorney General spokesman Brian J. Gottstein said by email Friday, “The settlement merely obligates the company to pay, it does not mean that there are funds to meet the obligation or create funds to do so.”

The Attorney General’s office said it has recovered $105,000 from Western Surety, which held bonds on SportsQuest for the never-built facility. That money will be paid as restitution.

The state has received $550,000 in claims from former SportsQuest customers who are awaiting refunds. The Attorney General’s office said customers who filed claims should expect only partial refunds.

The deadline to file a claim for a refund is Jan. 14. Instructions for doing so are in this PDF.

The Attorney General’s office might pursue cases against former SportsQuest principals in an attempt to recover more funds.

“The commonwealth is considering and exploring all possible legal theories to collect on the judgment,” Gottstein said.

The county should be at blame for this, not because it was there fault but because they allowed it to happen. THOUSANDS of people predicted this would happen and everyone spoke out saying this project would never happen. What a waste of time and money.

In SportsQuest the interest of the taxpayers in Chesterfield County is reasonably protected. The government leadership took some risk here and, looking longer-term, it might payoff yet. After all, those fields, which from all reports are needed, aren’t leaving. Those who bought memberships in the club deserve to get their money back, but it is not the government’s fault this biz failed. Indeed, they tried to help make it work.

But, yeah, an Olympics-caliber training facility in the middle of Chesterfield County did seem problematic to many. And it was.

Sure if you say so Charles. Memebers should get all their money back. not just 17%
It was not an invest it was payment. and a refund is inorder. the surety bond was not enough, once it maxed the Co. should have done something to secure more moeny, surely they must have heard the rumors by then