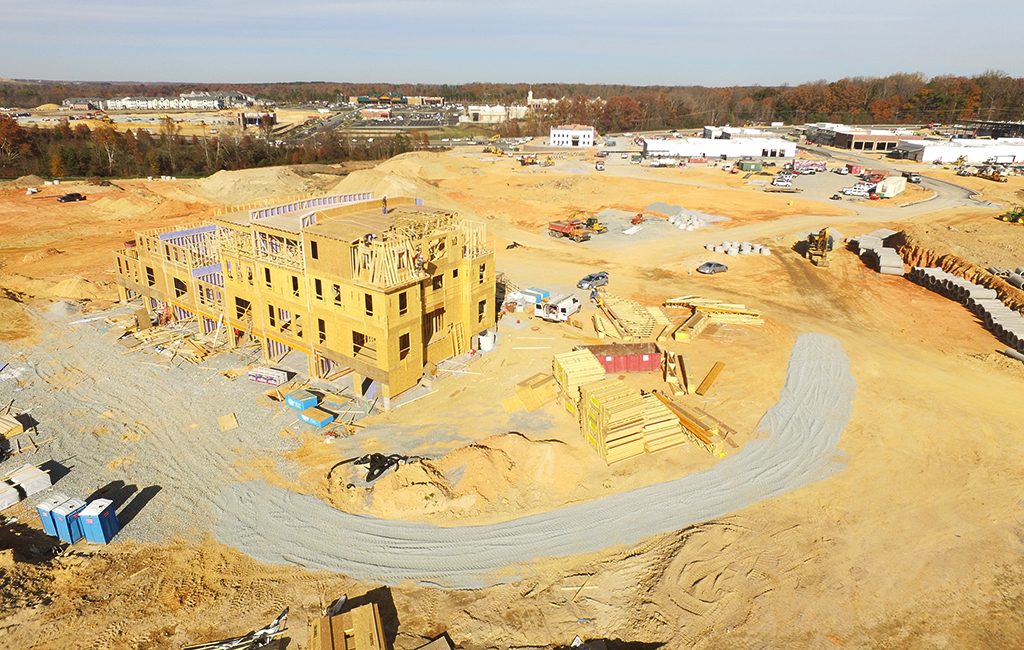 GreenGate is under construction near the southwest corner of Broad and North Gayton Road. (Kieran McQuilkin)

Residential components of two massive mixed-use developments in Short Pump are taking shape on both sides of a bustling stretch of West Broad Street.

Construction has started on the first townhomes at GreenGate, a 75-acre project by local private equity firm and developer Markel | Eagle Partners near the southwest corner of Broad and North Gayton Road. The development, which has lined up an assortment of local and national commercial tenants, is slated for about 230 or more residential units, including townhomes and single-family detached homes to be built by Eagle Construction of VA.

At the same time, just west across Broad, more multifamily units are rising at Atack Properties’ Broad Hill Centre, which sits between the Wegmans- and Cabela’s-anchored West Broad Marketplace and the Goochland County line.

Stanley Martin Homes has built the first two of 13 buildings in Saunders Station at Broad Hill Centre, which is planned to house 166 condos spanning more than 325,000 square feet across Bon Secours Parkway from a new Aldi store. The Reston-based company paid $5 million for 13 acres of Broad Hill Centre last year, adding to the nearby 320-unit Avia apartments by Steven Middleton’s Commonwealth Properties. 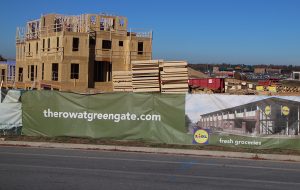 Construction is underway on townhomes at GreenGate. (Jonathan Spiers)

Between those two projects, Lakeside-based StyleCraft Homes is under contract to purchase 76 townhome lots from Atack for its planned Saunders Station Townes, which will fill 10.5 acres along Bon Secours Parkway. Where Stanley Martin is developing and building its lots, StyleCraft will build on lots Atack is developing.

Featuring landscaped backyards, rooftop terraces and two-car garages, Saunders Station Townes will be a new product for StyleCraft, said Mitchell Bode, StyleCraft’s director of land acquisition and development. The four-story townhomes will start at 3,000 square feet and include up to four bedrooms and 4½ bathrooms.

Pricing for the units is set to be released in early December. Mitchell would not say how much StyleCraft will pay for the lots, which began development this summer. Construction is slated to start in the first quarter of next year, with the units completed by the end of the second quarter.

“It’s more of an urban feel to our product, and it’s really different than anything else that has built in Short Pump to this point,” Bode said.

A similar urban-style aesthetic is what Markel | Eagle is touting for GreenGate, which it is marketing as bringing a city lifestyle comparable to Richmond’s Fan District to Short Pump. The development, which will include 100,000 square feet of retail space and 100,000 square feet of medical offices, has signed on a second location for Richmond Restaurant Group’s The Daily Kitchen & Bar and a sushi concept from Eat Restaurant Partners, as well as a Starbucks, a Lidl grocery store and local franchises of national chains CycleBar and Mellow Mushroom.

Josh Goldschmidt, vice president of sales, marketing and design for Markel | Eagle, said the strategy with GreenGate was to line up those commercial tenants and have them open by the time the first residents move into the townhomes, hence their construction starting just last month.

“The timing was deliberate: You bring your residential forward after you’ve got the commercial story,” Goldschmidt said. “It’s not, ‘We’re going to get local restaurants. It’s, ‘Look at the local restaurants we got.’ And that’s what people were responding to.” 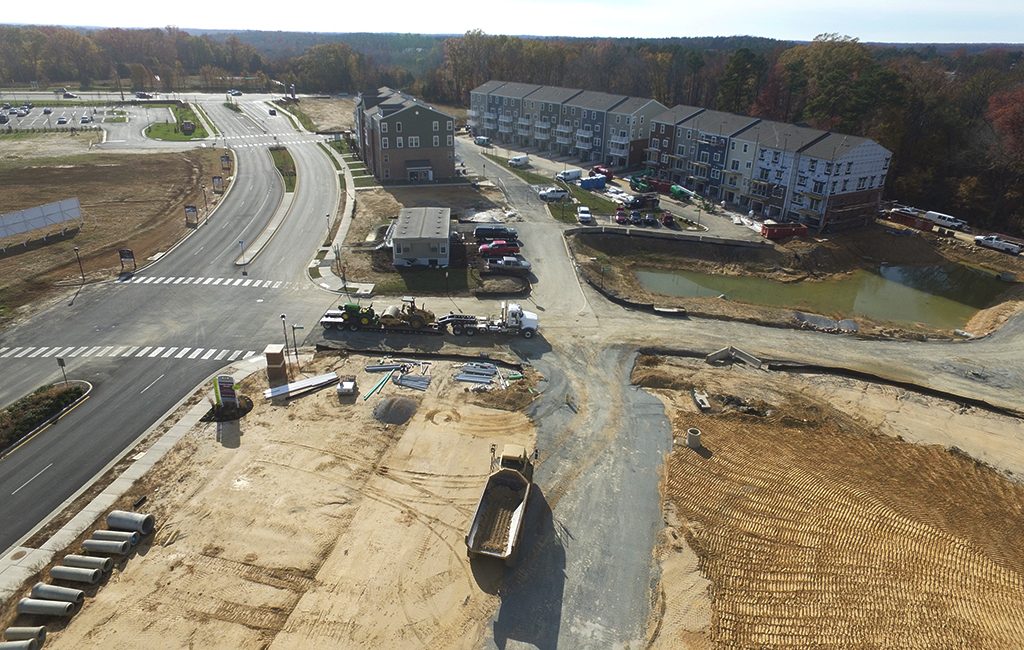 Goldschmidt said interest in the GreenGate townhomes has been strong, with 11 units sold the first 30 days after sales started. Prices for the units, which range from two to four bedrooms, two to 3½ baths and about 2,200 to 4,300 square feet, will start just under $400,000 and go upwards of $700,000. Each unit will have a two-car garage and access to a clubhouse, pool and walking trails.

Markel | Eagle is developing and building the townhomes and is working with Michael Foltz of local architecture firm McAllister + Foltz on the single-family detached homes, which have yet to be brought to market. Models for the townhomes are set to be finished in April.

While the different projects and products are on opposite sides of the fast-developing Broad Street corridor, Goldschmidt said they’ve influenced each other in terms of market indicators and setting unit prices.

“You’ve got Stanley Martin over there delivering two-over-twos (two-floor units above two-floor units) in the upper $200,000s. I’ve been following that project more closely than anything else as we got ready for GreenGate over the last six months,” he said. “Their success has been a great indicator for us, because it really shows the market segment.”

While condos and townhomes are popping up along Broad Street, new single-family construction is also rising around Short Pump. Across Interstate 64 from Short Pump Town Center, Robert Babcock’s Bacova Development Company is moving forward with new sections of its Bacova community.

A DC developer who was in town recently said to me something to the effect, “if you are in western Henrico, how can you lose?” It doesn’t seem that one can can lose. The confluence of Interstates 6/295 and Route 288 make for a very attractive setting for business and residences. The County has done a sterling job working in concert with the development community.