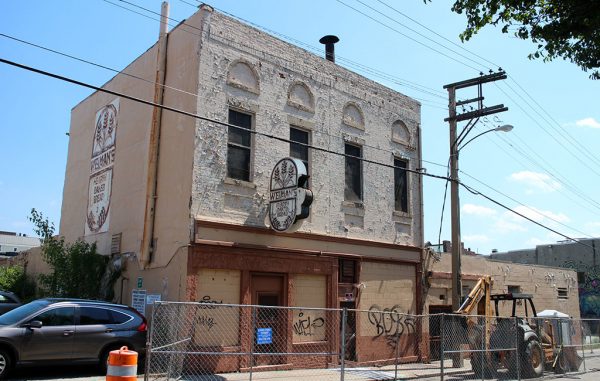 Where a baseball stadium once was envisioned, a hotel is being eyed by a Shockoe Bottom developer on the former site of a longtime Richmond bakery.

The developer is looking to rezone the property, a block east of the redeveloped Main Street Station train shed and a block north of the 17th Street Farmers’ Market. A request submitted to the city in January seeks to change the property’s zoning from M-1 Light Industrial to TOD-1, a new zoning classification called “transit-oriented nodal district.”

Meant to encourage more density and taller, “mid-rise” development, TOD-1 was created last year specifically for parts of Scott’s Addition and the Boulevard. Salomonsky said the zoning would allow more flexibility for the Weiman’s Bakery property, which he and partner David White purchased in 2014 through an entity tied to their development firm, Historic Housing.

Salomonsky said he’s in talks with Wyndham about a hotel on the site, which could be developed as high as 12 stories under the TOD-1 zoning.

“I can do more creative, sculptural shaping of the building with a TOD-1 zoning,” Salomonsky said. “I’ve got a lot of ideas brewing in my head, and I haven’t finalized any of those ideas.

“We’ve been talking to Wyndham Hotels, but we’re talking to a lot of people,” he said, adding that he’s considering other options such as a mixed-use development or an outpatient facility that could serve VCU Medical Center.

The property includes an 8,800-square-foot building that housed Weiman’s Bakery for seven decades, from 1945 until it closed in 2013. The Weiman family put the property on the market two months later, and Salomonsky and White purchased it the following year for $1.87 million. 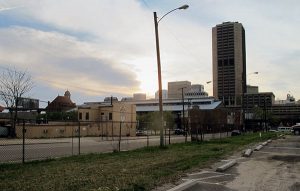 Salomonsky said he’s aiming to make a decision in the next month. The city planning commission is scheduled to consider the rezoning request at its May 21 meeting. Lory Markham of Markham Planning filed the application for the developer.

Whatever is decided, Salomonsky said he’d preserve and incorporate the Weiman’s building into the development, making the project eligible for historic tax credits. The original structure dates back to the mid-19th century.

“We’re very committed to saving what’s left of the original building there,” he said. “It’s not in structurally sound shape, but we think we have a way of saving it, and we would be knocking down the cinderblock additions that were done over the years.”

Located on a corner at North 17th Street and East Grace Street, the property is within an area that was twice pitched for a mixed-use development that would have included a baseball stadium to replace the aging Diamond.

Talks have since shifted to keeping the stadium near the Boulevard and building a new one on adjacent property that currently houses the state headquarters for the Virginia ABC. The Shockoe Bottom site has remained largely unchanged, much of it owned by the family behind the Loving’s Produce property just west of the Weiman’s site.

Salomonsky and White have gone forward with other projects on properties they own nearby. The longtime development team recently converted three adjoining buildings on East Franklin Street into a dozen apartments and a commercial storefront.

Other Historic Housing projects include Scott’s View, two residential towers with commercial street frontage under construction in Scott’s Addition. The company redeveloped the former Philip Morris warehouse complex in the Bottom and set up its Main Street Realty arm in an adjacent mixed-use building.

It also developed The Cooperage apartments out of a former tobacco warehouse on Overbrook Road and is approved to build a five-story apartment building at the foot of Libby Hill.

“I can do more creative, sculptural shaping of the building” I’m not sure I’ve ever seen anything creative or sculptural from Historic Housing… More like cheap and ugly. Perhaps by creative they are referring their unique ways to both destroy the historic aspect of a site, yet still claim tax credits.

Salomonsky and White always has something new happening. Louis S. continues to make contributions to this city and they stand the test of time. Even if you don’t appreciate his sense of design, ala some of the unlicensed architectural critics that frequent this e-mag, you can’t doubt his creative spirit. He takes risks and he makes things happen.