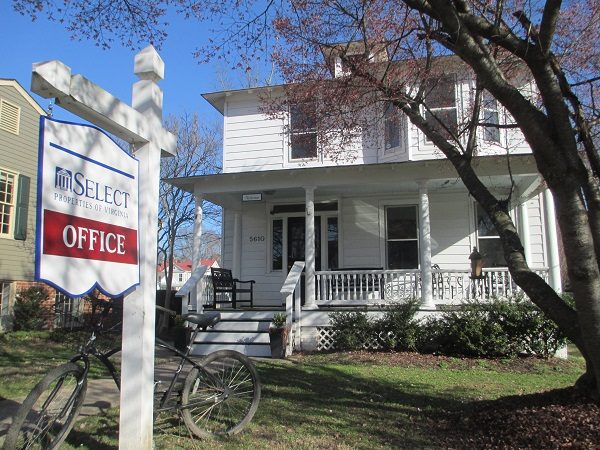 Three years after arriving in Richmond, a high-end residential real estate brand is out of the local market after its area affiliate reverted back to its former flag.

Select Properties of Virginia has ended its affiliation with Engel & Völkers, which operated locally as Engel & Völkers Richmond out of Select’s office at 5610 Grove Ave.

A sign out front now displays Select’s name and logo, signifying the change that Engel & Völkers Americas confirmed to BizSense this week.

In an email Wednesday, Katelyn Castellano, vice president–communications in the company’s New York office, said: “Engel & Völkers can confirm that at this time we do not have a location in Richmond.” She said the affiliation officially ended in December.

Castellano did not say whether the company is seeking another affiliate or looking to maintain a local presence. The global brand’s nearest offices are in the Northern Virginia area.

Select owner and broker Doug Dorsey, who led the Richmond office under the Engel & Völkers banner, did not respond to multiple requests for comment in recent weeks. Dorsey oversees the brokerage’s offices in Richmond and Irvington. 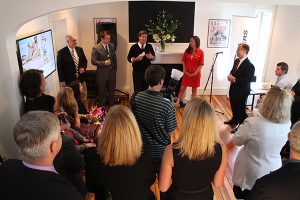 Other high-end brokerage brands with a presence in the area include Berkshire Hathaway, which arrived in 2014 by way of Prudential Slater James River Realtors, and Sotheby’s International Realty, whose local affiliate, The Steele Group, recently increased its local visibility with a second office in the Fan.

When Engel & Völkers joined Select in 2016, the brokerage’s local office totaled about 25 agents. Select’s website now lists 13 agents in Richmond and nine in its Irvington office.

Page George was the listing agent for those units during her transition from Engel & Völkers to Maison. Reached Wednesday, she said three or four Maison agents followed her over from the Engel & Völkers office, while others who had previously left for another firm since have joined her at Maison.

The Libbie and Grove area has become a hotbed for residential real estate offices. A block west from Select, Long & Foster’s Grove office is in the recently completed Westhampton on Grove development, while Long & Foster affiliate Virginia Properties is around the corner on Libbie. Coldwell Banker Avenues is doors down from that office.

Joyner Fine Properties has an office on Maple Avenue, and last year, Shaheen, Ruth, Martin & Fonville Real Estate opened a second office at The Grove. Other firms in the neighborhood include Villani Real Estate.