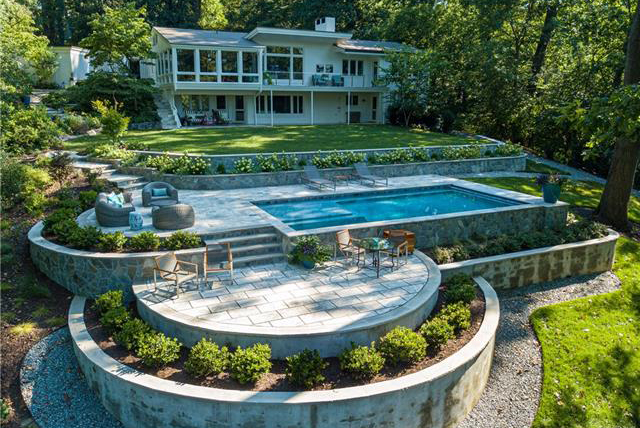 The renovated house at 117 Tempsford Lane includes a pool with a terraced hardscape. (Photos courtesy of CVRMLS)

A recently remodeled riverside house near the Country Club of Virginia hit the market last week, with one of the higher price tags seen in the region this year.

The 4,500-square-foot house at 117 Tempsford Lane was listed July 1 at just under $3.5 million. The midcentury modern-style house faces the James River and Kanawha Canal at the end of the dead-end street off Cary Street Road.

Husband-and-wife team Jim and Donna Ransone with Joyner Fine Properties have the listing. They’re representing the sellers, Steve and Chris Ann Inman, who undertook an extensive renovation after buying the house for $1.15 million in 2018. 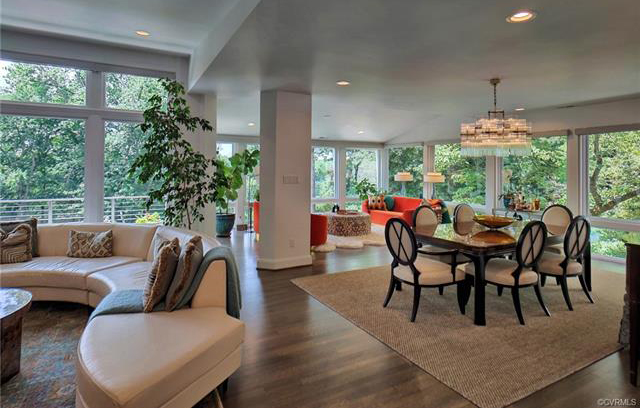 The 1.2-acre property most recently was assessed by the city at $1.19 million, according to Richmond property records.

The Inmans, who are both retired, said they’re looking to sell the house because they’d like to travel more, and to possibly take on another renovation project. They said a sale would help them determine their next move, adding that they’re happy to stay in the home if it doesn’t sell. 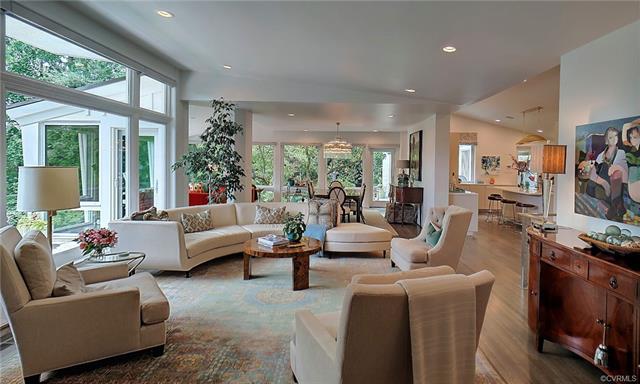 The midcentury modern-style house was designed by Marcellus Wright and Son Architects.

They also added a pool to the property, along with hardscapes and landscaping by Marcia Fryer Landscape Designs. A canoe rack and dock provide access to the canal.

“Every square foot has been renovated,” Donna Ransone said of the house, which also includes a new roof.

“It is rare to have a house come on the market that doesn’t need a single thing done. Even the painting, it is meticulous,” she said. “It’s all recently done, and it’s all done to the highest standards.”

Built in 1956, the two-level house was designed by Richmond firm Marcellus Wright and Son Architects, now Marcellus Wright Cox Architects. The firm’s other residential work along the river includes the 5,000-square-foot house at 216 Paxton Road and a former Gottwald family home at 7701 Riverside Drive. 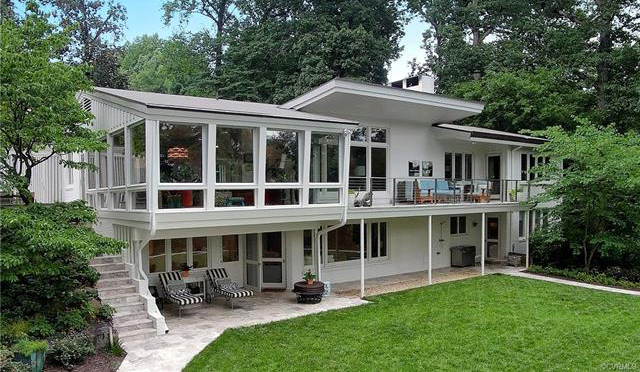 The two-level house faces the river from a cul-de-sac.

Totaling five bedrooms, the Tempsford house has 4½ bathrooms, three of which have heated floors.

The pool is temperature-controlled and includes a tanning shelf. It’s surrounded with sitting areas, exterior lighting, an irrigation system and automated shades.

Jim Ransone said the home’s secluded location and proximity to the river would appeal to buyers.

“It is so private,” he said. “Even though you’re in the city, it is at the end of this cul-de-sac, on the river. Anyone who likes the river, he has a canoe rack set up so all he has to do is just paddle across the canal and pull his canoe across and he’s in the river.”

While the listing went active Thursday, showings were held off a week and start this Thursday, July 8. The Ransones said they’re reaching out to clients who might be interested in the listing, as well as to fellow agents. 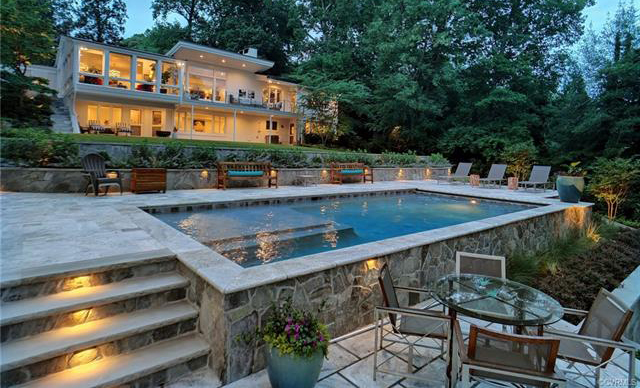 The listing joins a select group of homes currently on the market with price tags above the $3 million mark.

Being close to CCV is such a great selling point, that’s a non profit that really gives back adding value for struggling home owners.

Even a pancake has two sides, Ed. https://colemanscornerdotcomdotbr.wordpress.com/

Looks to be wildly overpriced based on square footage and overall “feel” of the building. Should be interesting to see the true fetch!