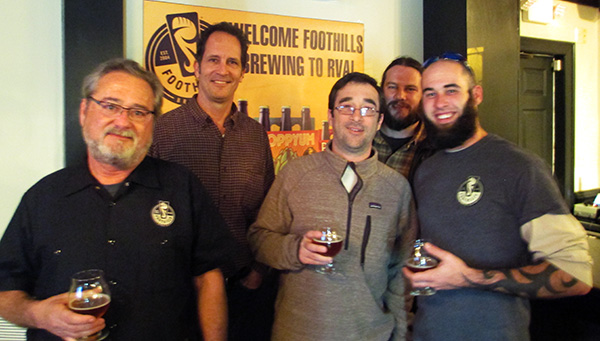 A fast-growing North Carolina brewery is pouring into the Richmond market.

Foothills Brewing Company of Winston-Salem, N.C., has signed a distribution agreement with locally based Loveland Distributing, and its beers will be available in Richmond starting in January.

“This is a really big step for us,” Foothills president Jamie Bartholomaus said. “We’re coming to the whole of eastern Virginia – we’ve been in western Virginia for about four or five years now, we think we’re ready. We’re hitting Norfolk, Richmond, NoVa and D.C.”

The deal was finalized within the past couple of weeks, Loveland spokeswoman Amanda Marable said. 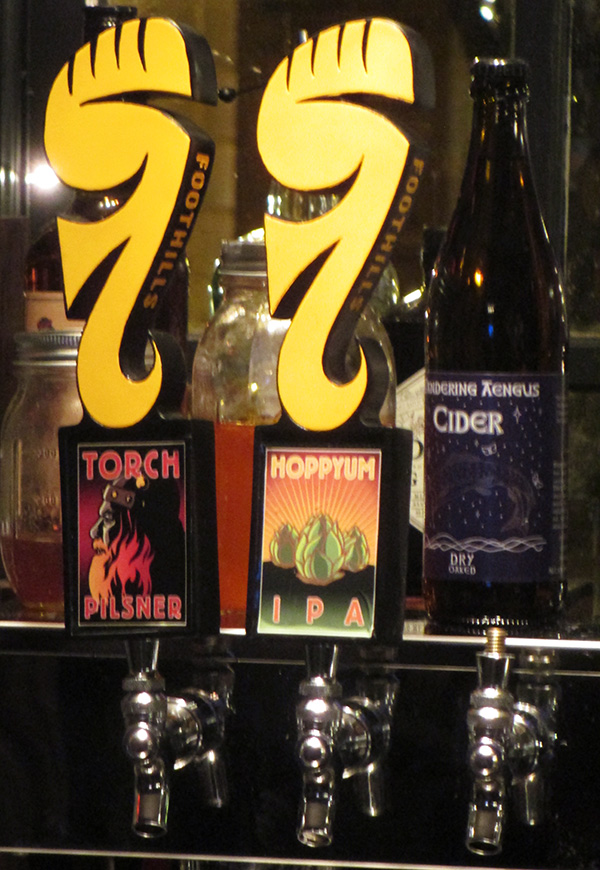 The Foothills taps at Postbellum.

Foothills is distributed along the MillerCoors network in other parts of the state, and Loveland carries MillerCoors in the Richmond area. Signing with Loveland made sense to prevent a geographical lapse or overlap in coverage, Bartholomaus said.

“Just for logistical reasons, we chose to align with the Miller brand,” he said. “It’s just a little easier to line up.”

The first Foothills products to hit Richmond will include their Hoppyum IPA, People’s Porter and Torch Pilsner. The initial release will be limited, and Foothills will be available in about 10 restaurants and 15 off-premise stores initially.

“It’s going to be about a month before we can really work up enough inventory to sell everywhere,” Marable said.

Adding Foothills to its catalog is the Loveland’s latest move in the race by local distributors to sign craft brewers both from the Richmond area and across the country.

Foothills will enter a booming Richmond beer market, which has seen three breweries open in 2013, with at least two more on the way. Hardywood Park Craft Brewery and Center of the Universe Brewing Company opened in 2011 and 2012, respectively, and elder statesman Legend Brewing recently celebrated its 20th anniversary.

Foothills, founded in 2004, added to its line of products after buying the beer division of Carolina Beer & Beverage Co. and added a 50,000-square-foot production facility in 2011. Foothills increased its brewing capacity by another 72 percent earlier this year.

Bartholomaus hopes to expand Foothills distribution to a 300-mile radius from its headquarters in Winston-Salem, and plans to push south into Georgia by 2015.

“It just continues to blossom as more awareness of craft [beer] comes around,” he said. “It seems like the more brands there are, the better we do, so I think there’s more market to fill.”

As a real estate broker with a great old funky building that was used as an ice plant, my comment is that new breweries are a great use for adaptive reuse.