It was a year full of posters, promos and print ads, with a healthy mix of TV spots and videos that went viral.

Richmond’s advertising industry was busy in 2016, with campaigns ranging from localized spots for a fast food chain to pro bono work with an edgier vibe.

Here are our picks for this year’s standout local ads, in no particular order, pulled from The Pitch and other BizSense coverage:

Richmond Association of Realtors/Punch – “We Are the R” 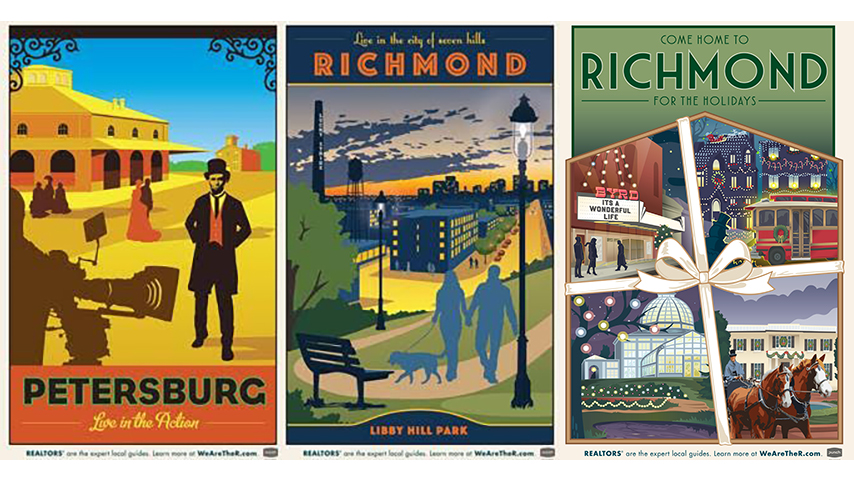 The yearlong campaign for the Richmond Association of Realtors was seemingly everywhere this year, displayed in local real estate offices and in a showing at Crossroads Art Center. The series of promotional, vintage-style posters designed by local creative shop Punch rolled out late last year and continued through 2016, featuring Richmond-area images and landmarks such as Libby Hill Park and the filming of “Lincoln.”

The edgy pro bono campaign for Richmond-based Donate Life America targeted millennial males to encourage organ donations, and its dark sense of humor found its target audience, getting thousands of views and going viral in a matter of hours (2 million views as of December). The spot stars “Hung” actor Thomas Jane as the fictional Coleman Sweeney, the asshole referred to in the video’s title who goes from zero to hero by being an organ donor. But the character’s namesake turned out to be anything but.

“Coleman Sweeney” wasn’t the only one promoting organ donations through viral videos this year. AuthX, which merged this year with Create Digital and rebranded as Authentic, made an awareness video for United Network for Organ Sharing, also based in Richmond. A week after it was posted on Facebook, the video had gained more than 7.5 million views and 133,000 shares.

This year’s Richmond mayoral race brought new business to several local ad firms, including Marion Marketing, 903 Creative and TPOT, which created TV spots for candidate Jack Berry with help from Poolhouse and production studio MadBox. Lythos Studios produced ads for Bruce Tyler and Michele Mosby, including a radio spot for Mosby that made headlines for attacking campaign frontrunner Joe Morrissey. The winner in the end was mayor-elect Levar Stoney, who looked out of town for his TV spots.

Barber Martin Agency – “Do It” 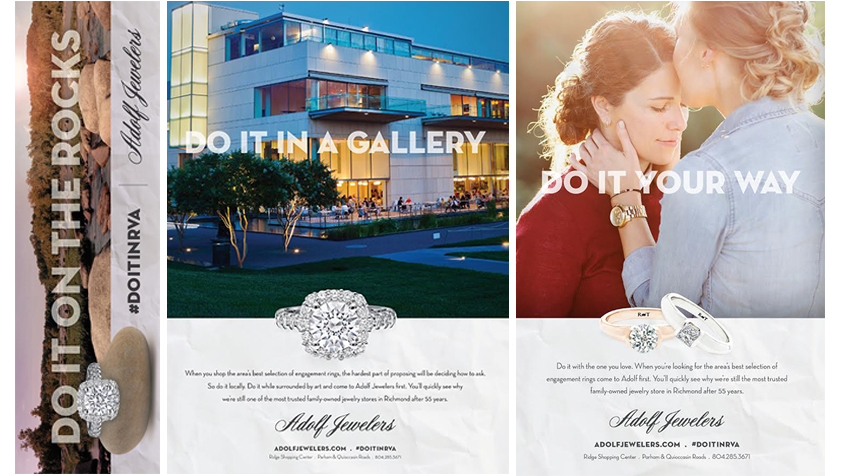 The yearlong campaign for client Adolf Jewelers encouraged audiences to “do it,” meaning “propose,” at various locations around Richmond.

This 30-second web video was part of a social media campaign for Ashland-based sandals-maker Cudas. Featuring point-of-view shots from the vantage of the sandals’ wearers, the clip was the first in a series of online videos made with user-generated content.

Using slowed-down visuals, the spots took the action of playing the lottery’s eXTRA Chances game scratchers and turned them into an event. The campaign also involved point-of-sale, radio and digital ads.

The San Francisco-based agency marked its entry into the Richmond market with a campaign for McDonald’s that coincided with the opening of an office in Shockoe Bottom. The campaign included radio, online and out-of-home advertising, as well as TV spots that feature a number of regional and Richmond landmarks, such as the Lee Bridge, State Capitol and Libby Park.

Spang teamed up with The Martin Agency for this four-part series of 15-second online spots for Sabra, the official snack dip of the NFL. The series, described as “miniature spots about miniature football players with a hand-hewn vibe,” feature snack dipping as a finger-football game.