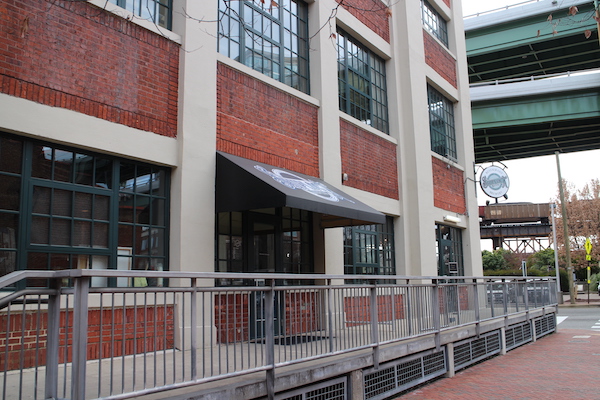 A Shockoe Slip brewery has capsized, but its wares are likely to wash up down in Prince George County.

ShipLock Brewing has closed at 115 S. 15th St. after just over a year in business.

A ShipLock representative confirmed that the brewery shut down in recent days, and said its brewing equipment and head brewer are heading to Holy Mackerel Small Batch Beers, a new venture in the works near Hopewell.

Holy Mackerel will be run by members of ShipLock’s ownership group, some of whom also own Southern Railway Taphouse on 15th St. and District 5 in the Fan.

ShipLock was the second brewery to occupy the roughly 8,000-square-foot space in Canal Crossing after 7 Hills Seafood & Brewing’s stint there from 2015 to early 2018.

Prior to 7 Hills, the space had been occupied by restaurants Major Willy’s and Stool Pigeons.

Holy Mackerel will be the third brewery to use ShipLock’s brewing equipment. It had been put up for auction after 7 Hills’ closure as it was offered as collateral on its lease with Fulton Hill Properties, which owns Canal Crossing. Fulton Hill snagged the brewing equipment for $25,000 at the auction in early 2018.

ShipLock representatives said they won’t have more details on Holy Mackerel until spring. The brewery is based in South Florida, where it has two taprooms.

It’s unfortunate, but it was bound to happen as the market stabilizes. Too many new brewing ventures offering essentially the same thing opened at the same time. I imagine a few more will shutter, and the market will settle. New cideries and other more distinct operations may have better luck in the future.

I suspect this is less about breweries and more about usage of that particular space. Every venture there has turned into more of a club rather than the restaurant or brewery advertised. Perhaps it is time to try something new instead of rehashing the same unsuccessful strategies?

So true. 2010 Bizsense article talked about it as this is 8,000 sq ft space which means you need to turn a good profit just to cover your high rent. Space either needs splitting or landlord needs to think about other options.

I think this place must be haunted.

Great article Mike thanks for the update