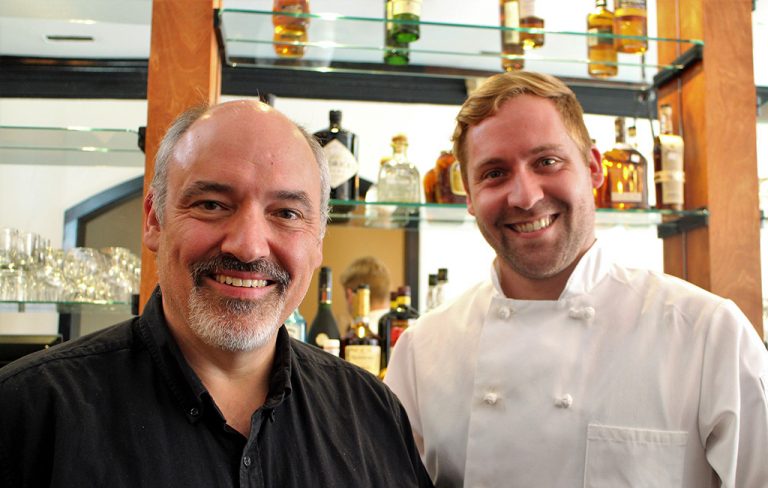 The success of Stella’s Grocery has caught the eye of a pair of local restaurateurs, who are now preparing to open a comparable concept of their own at the Libbie Mill Midtown development.

Steven Gooch and Evan Campbell, whose Juno Restaurant Group owns The Franklin Inn and The Stables in the Museum District, are preparing to open The Stables Market at 5001 Libbie Mill East Boulevard.

The market will offer hot and cold food to go, as well as other grocery and convenience items. It’s the duo’s first time venturing into the market category, something Gooch said was spurred by the pandemic.

“I had been exploring other restaurant opportunities when COVID hit and that immediately killed those plans,” Gooch said.

Gooch lent credit to the Giavos family, the local restaurant group behind Stella’s Grocery as well as Kuba Kuba, Sidewalk Cafe and more. Stella’s sells similar fare at its three locations in Scott’s Addition, downtown and Malvern Gardens, and has other locations on the way in the West End and Manchester.

“I’d love to claim that (the market idea) is my brilliance but the success of Stella’s has obviously been something that’s caught my eye,” Gooch said. “It’s a model that I think has great potential at a time right now where people want to eat out but also have to eat at home a bit more.”

Campbell is overseeing the market’s food menu, which Gooch said will include things like mac and cheese, mashed potatoes and pork shoulder.

Gooch said The Stables Market will carry a good bit of grocery and convenience items, things he sees the apartment residents above the market needing. 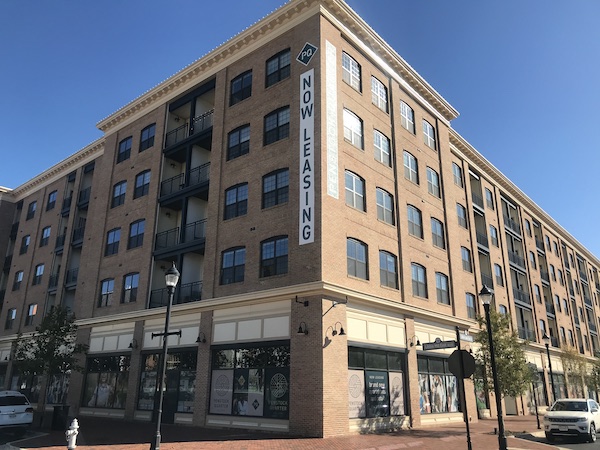 A market from the Museum District restaurateurs behind The Franklin Inn and The Stables is set to open at Libbie Mill next year. (Mike Platania photo)

The market will open in the nearly 500,000-square-foot Penstock Quarter apartment building, which has 327 apartment units above street-level retail space.

“I’ve got roughly 1,000 people either an elevator ride or a short walk away, and if I can offer them things they need without them needing to get in their car, I think that’s an opportunity I can’t turn down,” he said.

The Stables Market will total 2,500 square feet and is aiming to open sometime next year with a staff of about 10. Colliers International’s Peter Vick and Harrison Hall represented Libbie Mill’s developer Gumenick Properties in the deal, and JLL’s Adam Lawson represented The Stables Market.

Diane Tidwell, Gumenick’s director of property management in Virginia, said securing a market tenant like The Stables was something they’d been wanting for a while.

“That was a huge one to mark off the list,” she said, adding that they’d love to bring in more restaurant tenants to the development.

“We do think we have the residential capacity to support (more restaurants) and grow as a food destination in Richmond,” Tidwell said.

The 80-acre, phased project from Gumenick is still seeing plenty of construction action. The Starbucks at 2363 Roux St. opened this week and will be joined by 9Round, which is relocating to that building. About 8,000 square feet of retail space remain available in that building, and Tidwell said they’re in advanced negotiations with other prospective tenants.

An additional 350-unit residential building, the Wellsmith Apartments, is going vertical at Libbie Mill and is slated to be completed in late 2021, while the development’s townhome section continues to fill out. Tidwell said they’ve built about 175 of 300 townhomes and have seen strong sales.

“We can barely keep up with production. It matches the trend the Richmond region has seen with home sales,” Tidwell said.

Gumenick is still considering options on a final pad site at Libbie Mill next to the library. The site had initially been slated to be a six-story office building dubbed Harp’s Landing, however, Tidwell said shifting demands in the office market has them reconsidering options for the site.

“That has not moved forward right now. We know the office environment has changed this year with the pandemic. We’re still working on it and mulling our options on it,” she said.