For Richmond’s dining scene, 2017 was a year of continued expansion across the region at the hands of local and out-of-town players. 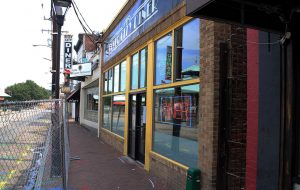 Several local restaurant groups appeared bullish throughout the year, as many announced new ventures around Richmond.

Chris Tsui, owner of locally based EAT Restaurant Partners, continued to expand his empire, buying into some of the area’s hottest neighborhoods.

This summer, Tsui’s firm purchased the River City Diner at 7 N. 17th St. in Shockoe Bottom, where it plans to rebrand the shuttered restaurant and develop a new concept.

The company also is teaming up with Richmond-based Monument Cos. to open another eatery on the ground floor of 326 E. Broad St. downtown, next to the Greater Richmond Convention Center.

A pizza and beer venue is pending for Tsui’s firm in the Cary Street Station development, which is led by Monument Cos. and Howard Kellman of the Edison Co. And EAT opened Red Salt Chophouse & Sushi, the eighth restaurant in its portfolio, in August at 12221 W. Broad St. in the new GreenGate development.

Johnny Giavos, whose many restaurant holdings include Sidewalk Café, Stella’s and Kuba Kuba, expanded his reach during the year. With partner Chris DiLauro, Giavos is planning Little Nickel, a new spot in the former Cielito Lindo space at 4702 Forest Hill Ave.

Giavos, DiLauro and Manny Mendez of The Galley opened Galley To Go in the former Mandarin Palace space next door to The Galley at 2811 Hathaway Road.

And a Stella’s Grocery location is in the works in Scott’s Addition in the HandCraft building. 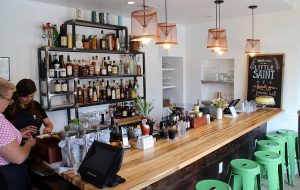 Little Saint, the latest addition to RVA Hospitality, which owns Tarrant’s Café, Max’s on Broad and Tarrant’s West, opened in the former Deco Ristorante space at 2901 Park Ave. in the Museum District.

C-ville shows an appetite for RVA

The pipeline of Charlottesville-based dining establishments continued to flow into Richmond in 2017.

Roots Natural Kitchen announced last fall it will occupy 2,400 square feet in the former Village Café location at 939 W. Grace St. It is scheduled to open in February.

And restaurateurs Ravi Dahiya and Rinku Singh teamed up to open Tulsi Indian Cuisine in the former Spiral Noodle location at 3131-33 W. Cary St. in Carytown – marking their first Richmond venture since launching Royal Indian Restaurant in Charlottesville in 2003. 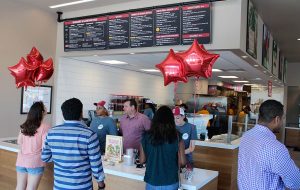 B. Good, a fast-casual chain serving kale and grain bowls, smoothies and shakes, opened its first restaurant in the region in West Broad Marketplace at 12246 W. Broad St. It’s planning a second location in the Shoppes at Reynolds Crossing in Henrico.

Other new-to-market restaurants that have opened or are preparing to open include Chopt, Habit Burger, Rise Biscuits Donuts, World of Beer, Your Pie and Blaze Pizza. 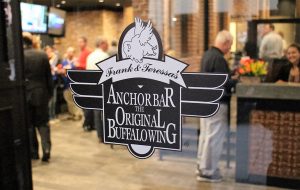 Two local restaurants proved to be short-lived, each closing after less than a year. The Farmers Market Restaurant & Bar in old town Petersburg was shuttered in May after less than six months.

That left it at the center of an ongoing dispute between its landlords and previous operators, but isn’t stopping it from being revived by a Chester-based family of restaurateurs.

Anchor Bar, a New York-based chain known for its buffalo wings, closed its location at Stony Point Fashion Park after eight months in business. That closure, too, sparked at least one court proceeding.

There is too much interesting food news to fit on this page, so follow this link to catch up on every BizSense restaurant story from the year.