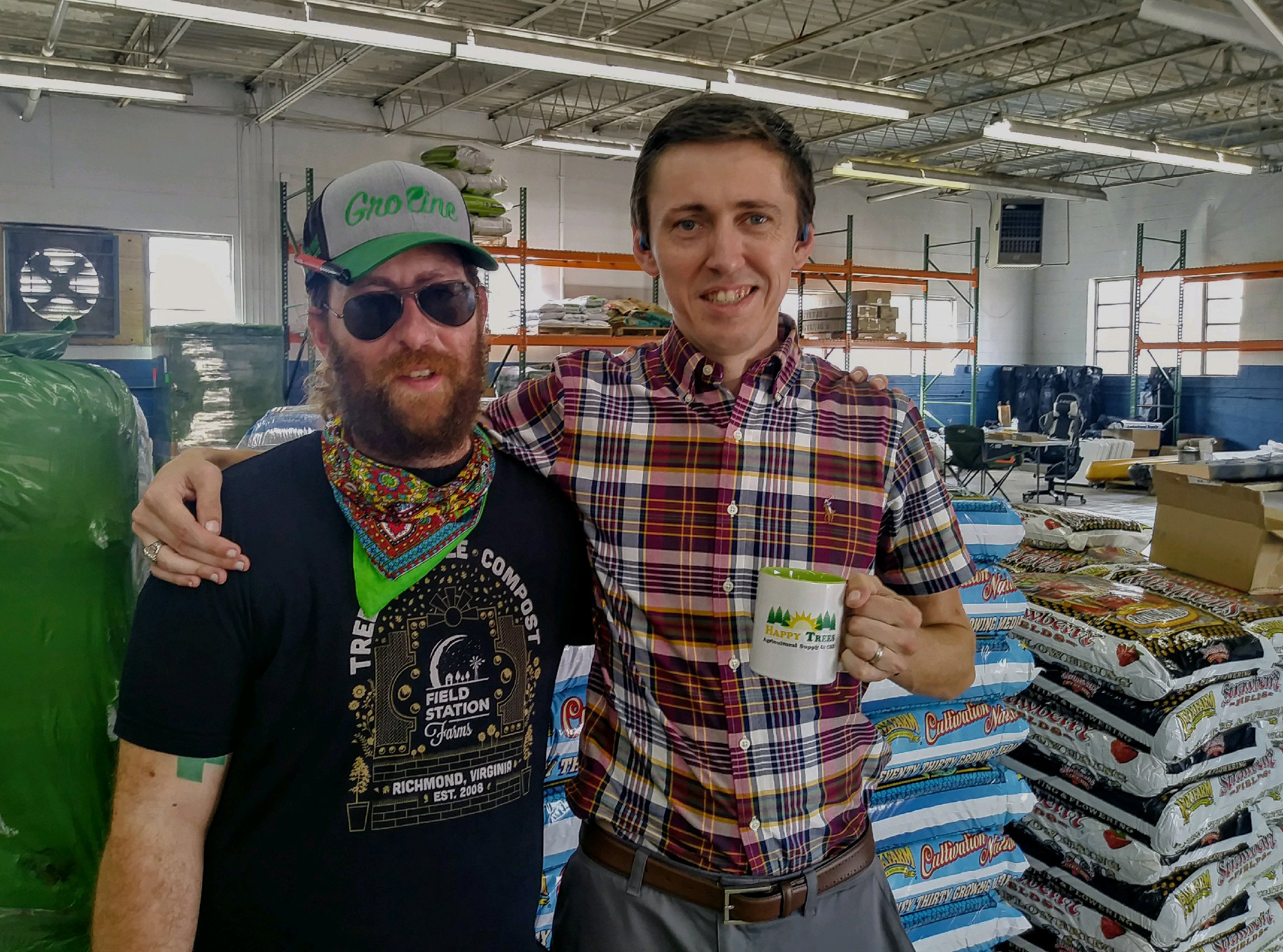 Happy Trees Agricultural Supply co-founders Chris Haynie, left, and Josiah Ickes inside the company’s warehouse in Northside. Happy Trees was among the local businesses that expanded or launched in 2021 to take advantage of marijuana legalization. (BizSense file)

BizSense’s coverage of the local startup scene in 2021 was spurred by the emergence of an entirely new industry and the staying power of a certain neighborhood.

New and existing tech companies launched or expanded, the initial legalization of marijuana opened the door to numerous ventures that cater to cannabis, and Scott’s Addition continued to be a popular choice for both local and out-of-town startups.

Scott’s Addition has been a favored haunt for startup office space for years, and 2021 saw that trend continue. 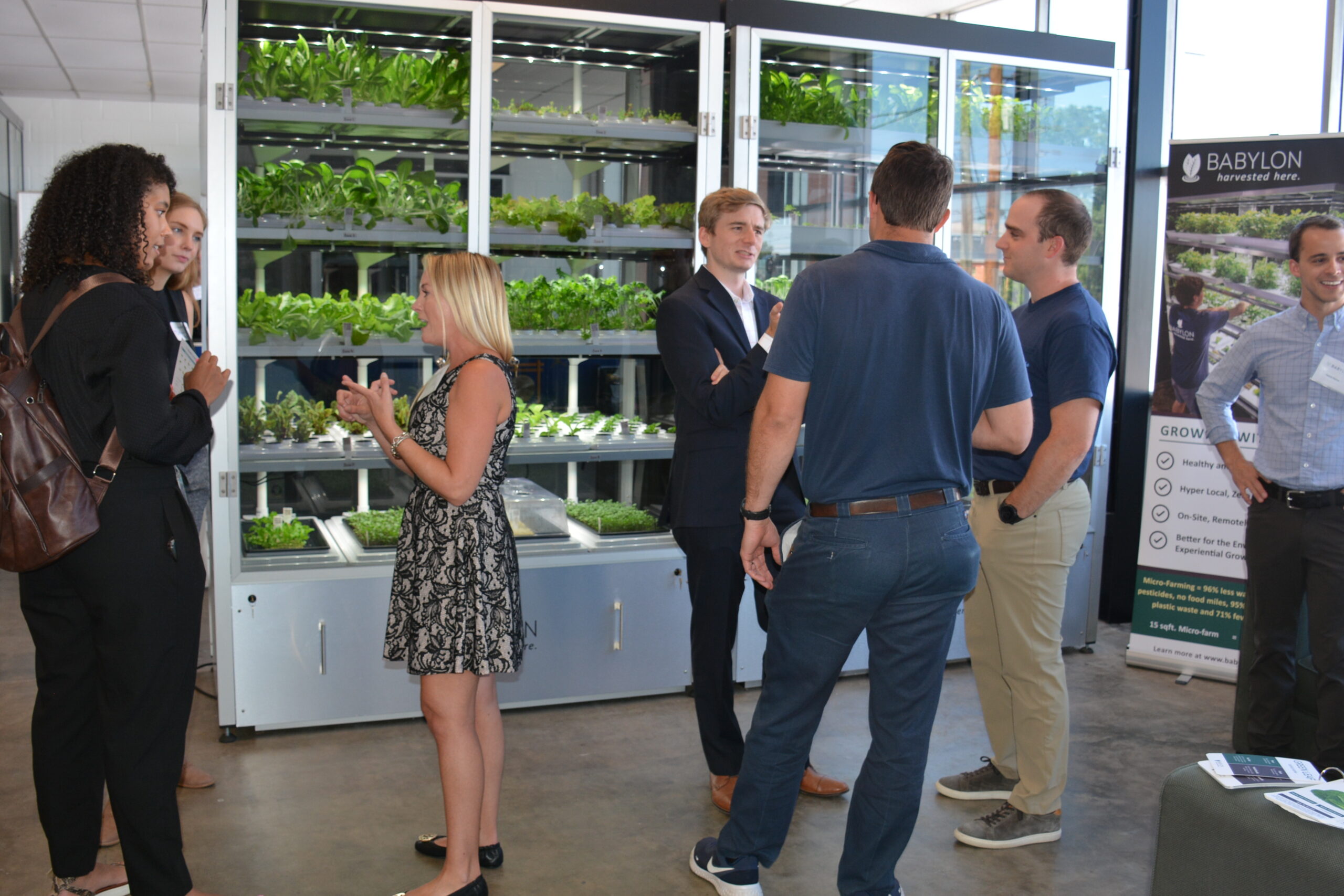 This summer, dumpster startup Mobiledumps found a place to park on West Leigh Street in Scott’s Addition and workplace benefits startup Fringe signed a lease on 1717 Summit Ave. to be the site of its future headquarters.

When Virginia legalized marijuana this year, the seeds were sown for new business ventures to sprout to find a place in an emerging sector.

The Key RVA launched in the fall. The company, owned by Eric Morehouse of The Morehouse Group, provides plant-sitting and other services for folks growing marijuana at home. The year also saw bong cleaning service Bong Butler make its debut.

Others sought to get in on the action at the ground level with grow supply shops that sell soil and nutrients for marijuana plants. Happy Trees Agricultural Supplies opened new stores and moved into a Richmond warehouse space this year, and HomeGrown VA opened near The Diamond this summer.

This year also saw the expansion of existing startups and the launch of new ventures in the area.

Naborforce, an Uber-like company that matches up elderly people who need assistance and companionship with contracted helpers, raised funds this year that allowed the Fan-based company to expand into Bethesda, Virginia Beach and Charlotte, after moving into Raleigh earlier in the year. 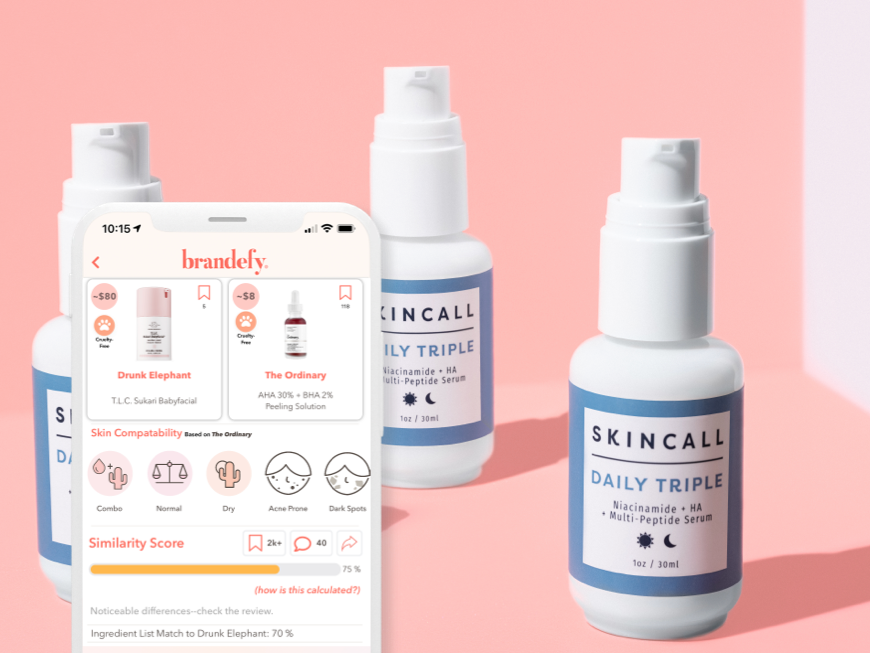 Brandefy expanded beyond its mobile app that allows users to compare beauty products to launch its own skincare line, Skincall, in 2021. (Courtesy of Brandefy)

Brandefy, which offers a mobile app that allows users to compare beauty product prices and how they’re made, launched its own skincare line in 2021.

Wine investment platform Vint launched this spring, and closed on a $1.7 million round in November.