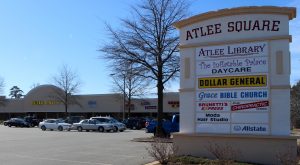 A Strawberry Street movie rental shop pulled together a $35,000 online fundraising campaign to save it from closing down after 30 years. Now its owner and manager are working out a plan to make Video Fan one of the few lasting stores of its kind.

One of Richmond’s most generous corporations is tightening the purse strings on its charitable giving after a tumultuous few months.

The Altria Theater had its official grand opening concert last night after a large-scale renovation project.

The Valentine history museum is having its grand reopening this weekend after a year of renovations.