From apartments to data centers to hotels, the region’s commercial development market experienced exceptional growth across many sectors in 2019.

While that sets the stage for another big year in 2020, here’s a recap from a busy 12 months. 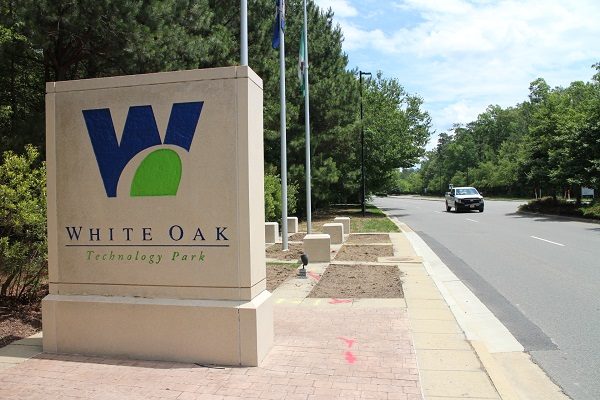 Henrico County has become one of the state’s fastest-growing areas for data center development, a trend that continued throughout 2019, particularly in the county’s White Oak Technology Park.

While Facebook continues to build a $2 billion data center campus that eventually will house 2.4 million square feet on 172 acres in the park, QTS Data Centers is planning to grow its footprint on 210 acres it owns nearby at 6020 Technology Blvd. 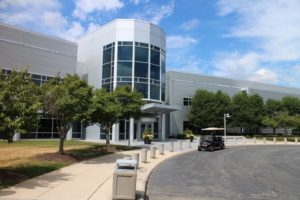 The proposed project would involve construction of about 1.2 million square feet of new data center space to rise between QTS’ existing 1.3 million-square-foot campus to the west and the Facebook data center site under construction to the east.

QTS also updated its plans for another development, now dubbed “Project Isaac,” that’s set to rise on about 73 acres south of its campus along Portugee Road. The new, larger plan calls for construction of 1.1 million square feet.

Between its eastern campus expansion and Project Isaac, QTS is set to deliver about 2.3 million square feet of new data center space to the area.

A Region of Opportunity (Zones) 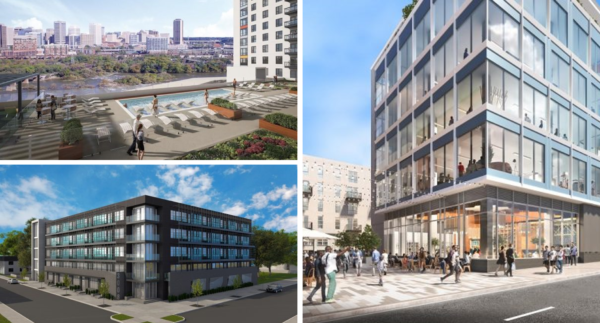 From bottom left: Scott’s Collection One, South Falls and The Current. (Submitted renderings)

Opportunity Zones, a new federally enabled tool developers are touting to raise additional capital to jumpstart projects, showed up with several developments this year and became a topic of conversation.

Richmond-based Lynx Ventures is using an OZ fund to help construct The Current, a $68 million, two-building office, retail and residential project on a 2-acre surface lot at 400 Hull St. in Manchester.

WVS Cos., along with Fountainhead Properties’ Tom Papa, planned to use OZ funding for their South Falls development this year. The two-phase project includes a six-story, 135,000-square-foot office building at 111 Hull St. and a 14-story, 255-unit apartment building, and a seven-story mixed-use building, at 3 Manchester Road.

In Scott’s Addition, Henrico-based Capital Square is making its first foray into development using OZ funds to help build its Scott’s Collection, a $90 million, three-phase project that eventually will house hundreds of new apartments along Moore and Clay streets. One of the buildings could be the tallest in the neighborhood.

Final regulations for the OZ program are pending at the federal level and could be handed down in the New Year.

With development demand remaining strong in the city, infill work continued an upswing in 2019. And it’s coming from some unexpected suburban players. 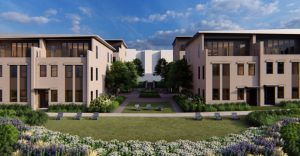 A rendering of the McRae & Lacy townhome development. (Eagle)

Eagle Construction of VA broke ground on an infill townhome development site in Manchester – dubbed McRae & Lacy — at 401 and 421 W. Seventh St. next door to Legend Brewing Co. It also plans to construct 21 townhomes on a surface parking lot at 1 E. Main St. in Monroe Ward. The projects are the company’s first inside city limits, after decades building in the counties.

Ben Adamson of Corinthian Construction, whose firm is known for infill apartment and mixed-use projects on the Southside, is set to launch construction by year-end on a $3 million, two-story, 23-unit apartment building at 1510 Bainbridge St. Work also continues on Manchester Park, a multiphased cluster of apartments, duplexes and townhomes bounded by Perry, McDonough, West 12th and West 13th streets, which Adamson and Charles Macfarlane launched about two years ago.

Adamson also is part of a group led by Birck Turnbull and Charles Bice that’s constructing a mixed-use project at 4910, 4920 and 4930 Forest Hill Ave. It will house a The Veil Brewing Co. location. 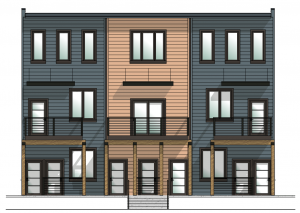 Elsewhere in the city, Guy Blundon’s CMB Development has started site work on the 180-unit Shiplock Views, which will rise beside the existing 51-unit Shiplock Watch apartments in the 2800 block of East Main Street, just east of its intersection with Pear Street. 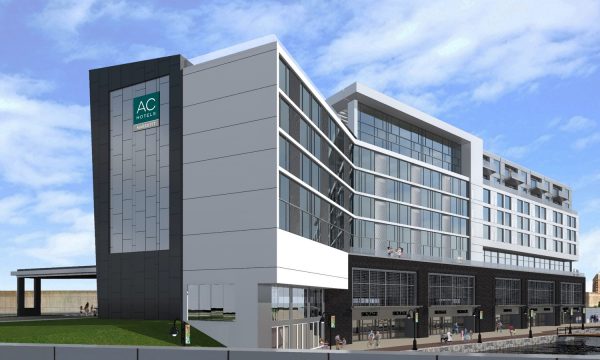 A view of the proposed AC Hotel by Marriott from Kanawha Canal. (Submitted)

The demand for new hotel starts grew this year, especially in the city.

One local hotelier in particular, Henrico-based KM Hotels, had a busy year announcing new projects. They include a five-story, 127-room Residence Inn by Marriott hotel at the corner of Floyd Avenue and North Thompson Street off Interstate 195; the state’s first AC Hotel by Marriott at 1300 E. Byrd St., along the south side of the Kanawha Canal; and a new Tru by Hilton hotel in Ashland on the site of an existing Red Carpet Inn.

KM’s 119-bed Residence Inn is nearing completion on the former Skilligalee restaurant site at 5416 Glenside Drive in Henrico. The company also announced plans in July to redevelop the former Akaza Hotel property at 6531 W. Broad St. into a hotel and office site. 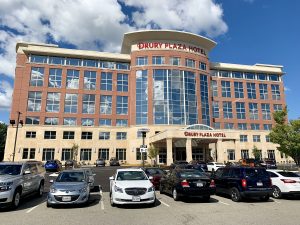 Drury Hotels opened its first Virginia location, with 217 rooms at 11049 W. Broad St., next door to the SunTrust Center complex in the Innsbrook area.

Metro Richmond has long been a player for logistics and industrial space – and 2019 proved it will remain that way going into the new year.

Several familiar players in the region doubled down on their industrial footprints.

Amazon, which has large warehousing facilities in Chesterfield, Prince George and Hanover counties, announced in July it would lease about 462,000 square feet in the second phase of Panattoni Development’s Virginia I-95 Logistics Center in South Richmond for its newest fulfillment center.

PepsiCo opened its newest distribution plant at 1608 Willis Road in Chesterfield this year after dropping $25.9 million for the facility that was built by Armada Hoffler.

Michigan-based vacuum cleaner maker Bissell Inc. opened a 611,500-square-foot facility on about 40 acres it acquired at 1200 Battery Brooke Parkway in the James River Industrial Center in Chesterfield earlier this year. 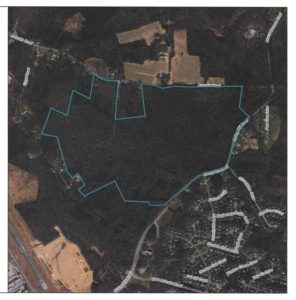 The 220-acre site east of the Hanover County airport planned for a Wegmans distribution facility and regional headquarters. (Hanover County)

Wegmans Food Markets is set to build a 1.1 million-square-foot facility on about 220 acres just east of Hanover County Municipal Airport on property that’s bordered to the north by Ashcake Road and to the east by Sliding Hill Road. The $175 million project would create 700 full-time jobs, 140 or so of which would be executive-level positions.

Meanwhile, Indiana-based Scannell Properties is preparing to break ground on a 405,000-square-foot distribution facility on nearly 58 acres owned by Armada Hoffler at 1410 Willis Road in Chesterfield. The same firm also is planning a 260,000-square-foot building fronting Cedar Lane in Hanover County, with space for a future second building behind it totaling 420,000 square feet.